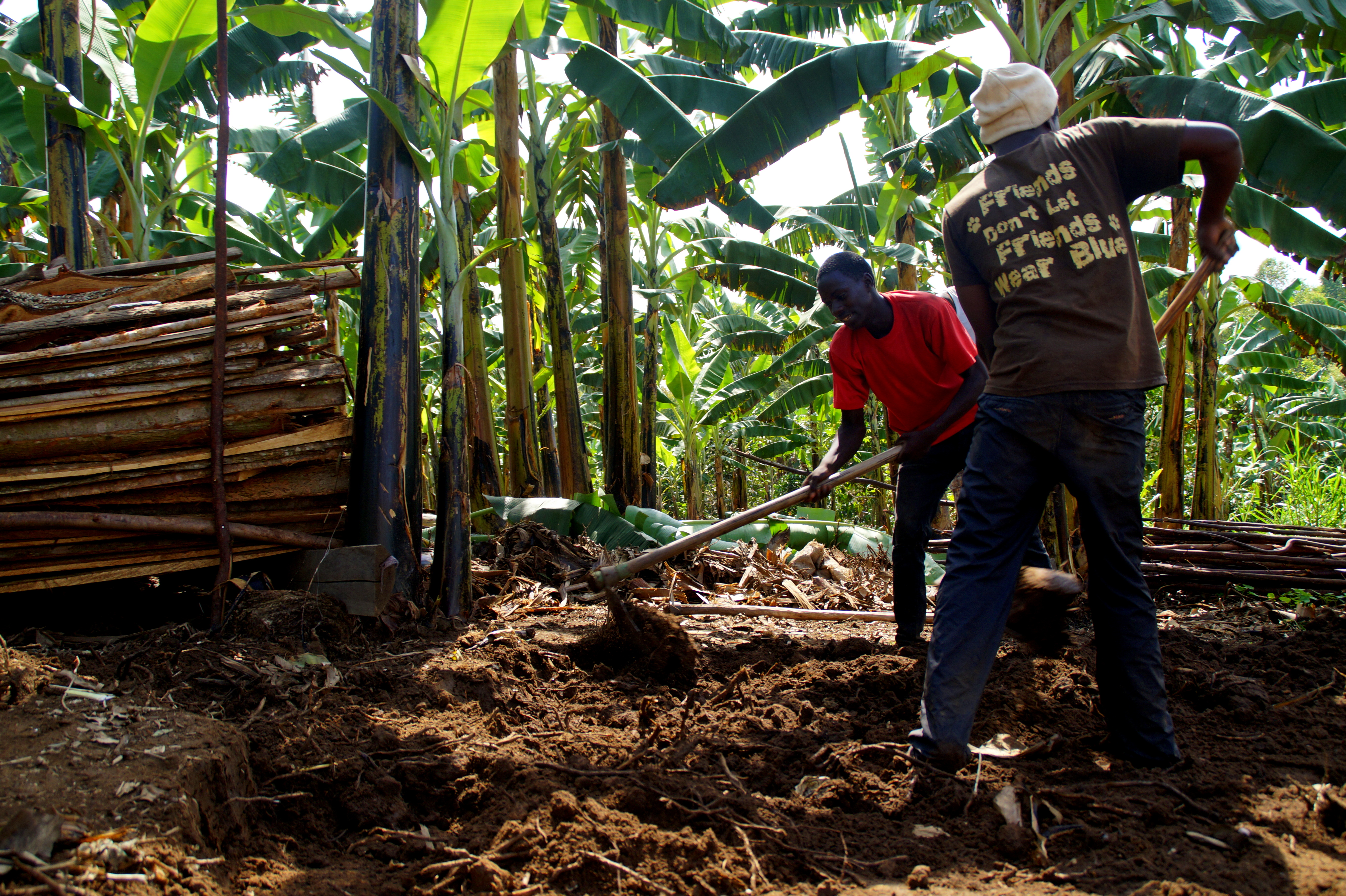 As you snake along the dusty red roads of Sheema, your view will be filled with lush green leaves from matooke tress, covering rolling hills where farms hide amongst the trees. Sheema is a largely rural area, with many working in agriculture. It can be a tough life, but for members of Sheema Financial Services Coop Society it has become a little easier. Here, success has been defined, in many ways, by the conception of a local SACCO and the community’s introduction to the greater Ugandan Cooperative Movement.

During a field visit UCCFS staff were able to visit a couple of Sheema’s members to see how these seeds of success were growing and directly effecting members’ lives. 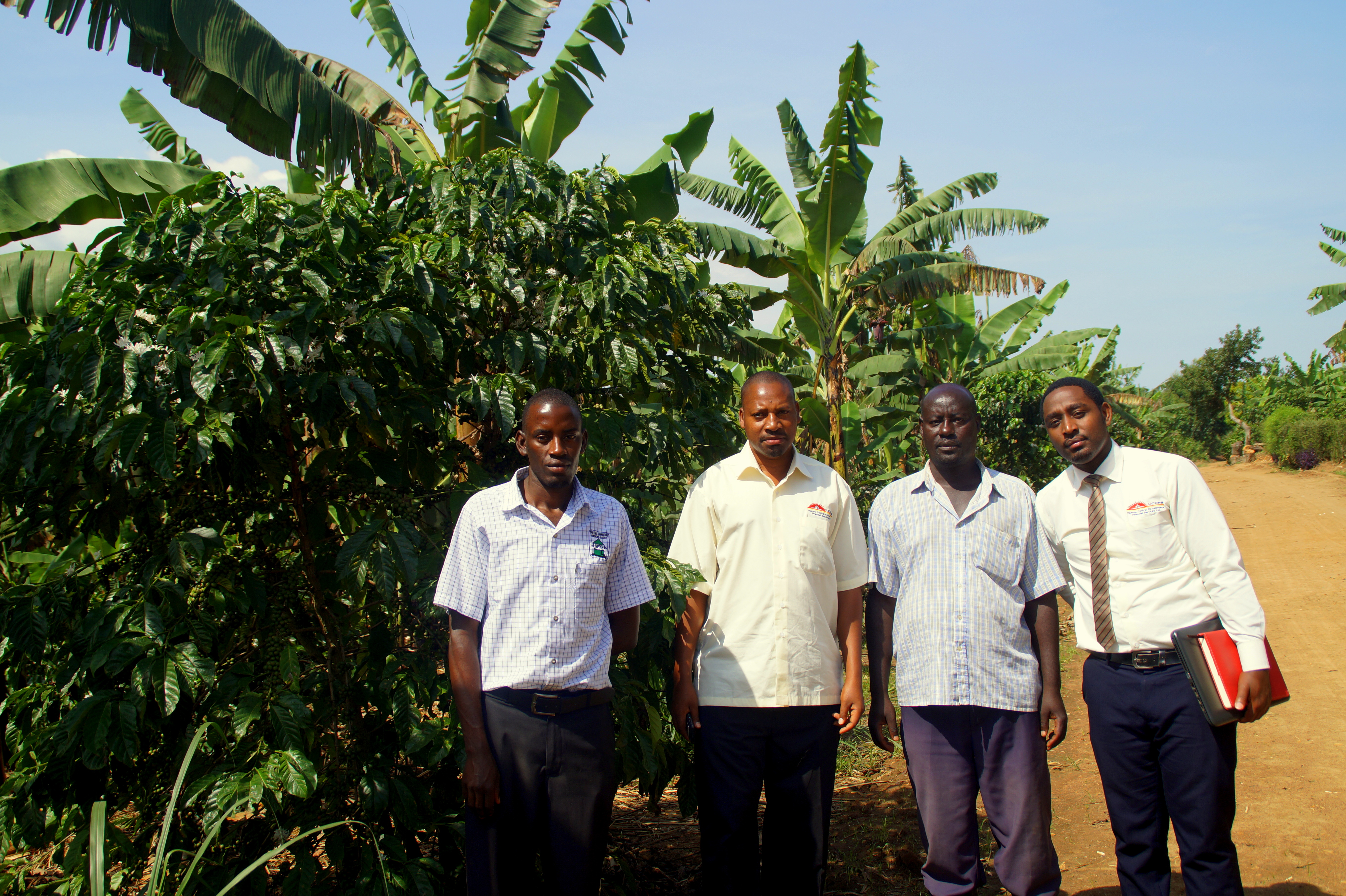 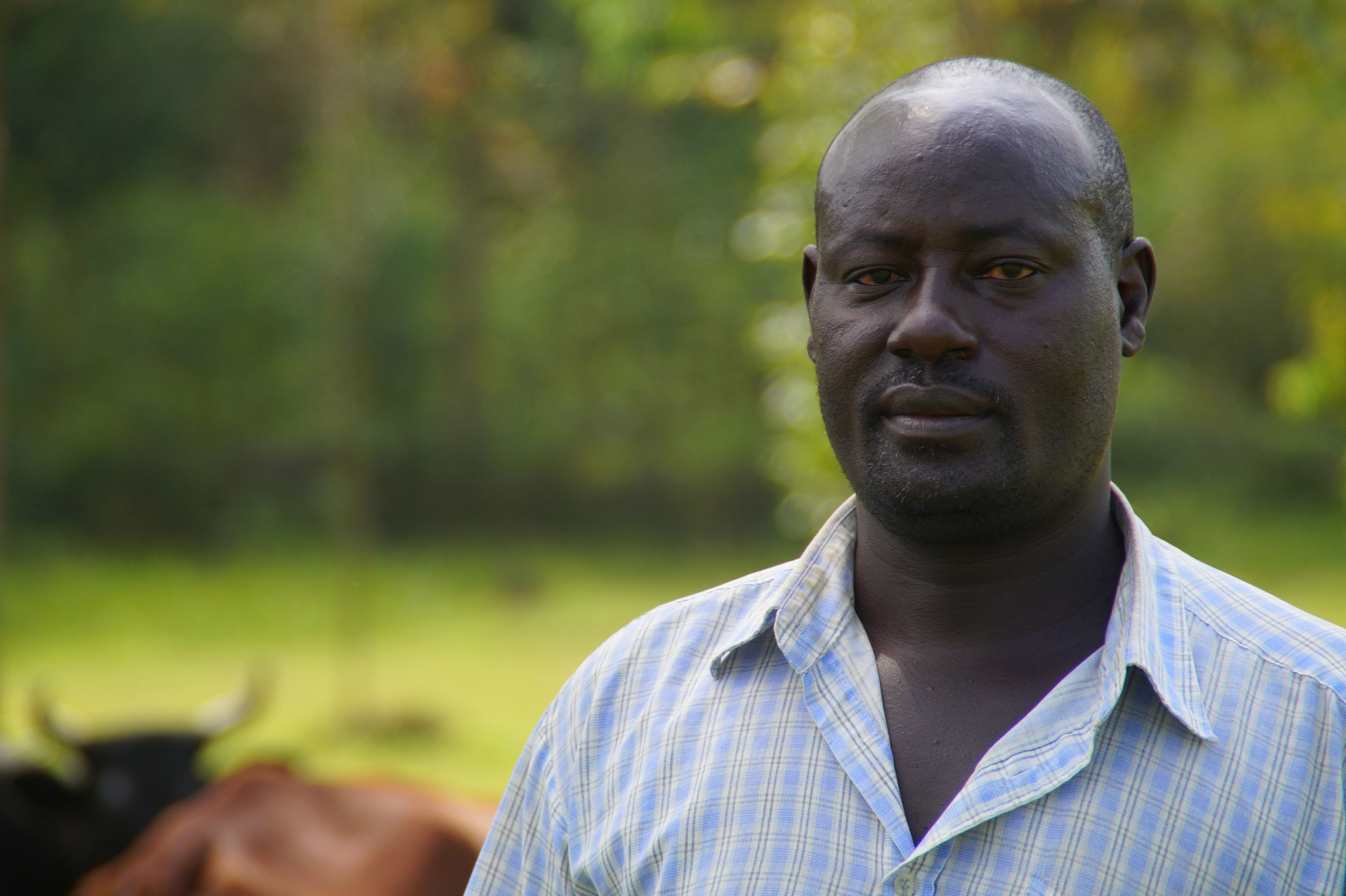 Our first visit was to a farmer, Musinguzi Godfrey, whose coffee and banana plantations had more than doubled in size in the past years. Mr Musinguzi has been a proud member of Sheema since it first started, eleven years ago, and has strongly benefitted from its presence in the community.

Mr Musinguzi sells half a tonne of Robust coffee per season; he dries and processes the beans to sell onwards to clients in Uganda for future export. Between the coffee seasons he uses his matooke plants, which provide two yields every month, to supplement cash flow.

These yields have enabled him to expand his home by constructing additions, installing solar panels and pay for school fees for all of his six children. He attributes much of this to the financial help he was afforded through his cooperative, Sheema Financial Services.

The loans he accessed from Sheema, available thanks to the liquidity loans UCCFS helped provide, allowed him to grow his business, increase his income and reinvest in Sheema through savings. His success has been fairly great and he hopes his children will continue to benefit from his work.

Mr Musinguzi says he’s become a strong supporter of SACCOs and the cooperative movement because he’s seen firsthand how cooperatives can add value to small communities through enhanced financial management and access.

‘Sheema has mobilised members and created a savings culture within the community because it is nearby and easy to access’ he said reflecting on the changes the SACCO has initiated in the area.

Mr Musinguzi showing one of his coffee plants 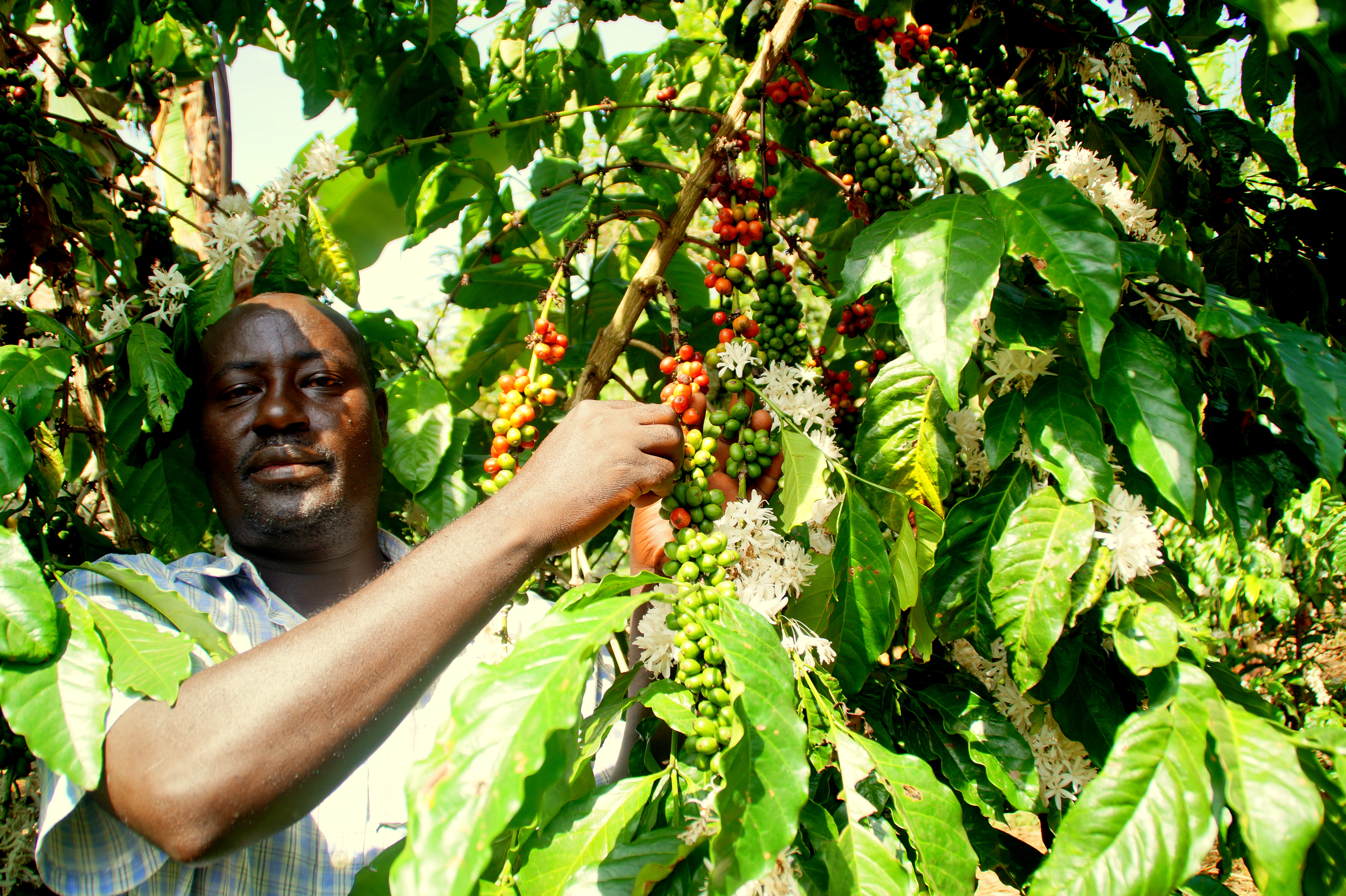 For Mr Musinguzi his dream of success started as small seeds in the soil, but has      blossomed into income generating crops. His story is like many other cooperative members in the area whom have all been able to expand their farms, homes and living standards thanks to the improved financial accessibility.

Mr Musinguzi’s definition of success being part of founding an organisation that offers  greater access to  financial services in the community. Without these services he would not  have been able to improve his  living standards or his farm’s output as much as he has.

Mr Musinguzi and Mr Baguma also noted the importance of a central financial service  provider for  cooperatives in Uganda. Both men acknowledged that without the help  provided by UCCFS to Sheema in  its formative years, the SACCO may not have been able  to provide the loans and services to members,  such as Mr Musinguzi, that have enabled  members to realise growing success.

Success and cooperative seem to go hand in hand in this neck of the woods. Members and  managers  alike believe that without the implementation of a strong cooperative presence,  many of the people  would not be where they are today.